105 year-old Rosh Yeshiva visits. But where were the rabbis?

Guest post from a former talmid of the Lucerne Yeshiva:
(Photographs have been forwarded to us by a number of readers with credits due to Leon Shapiro, Yumi Rosenbaum and M L Abelesz) 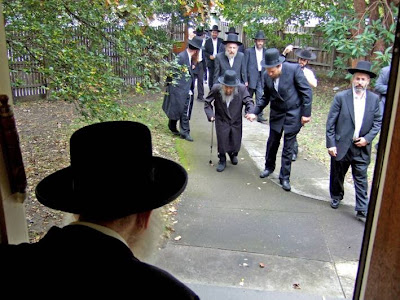 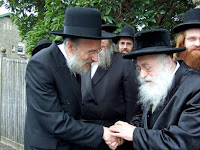 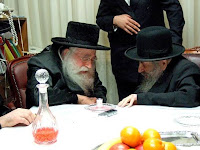 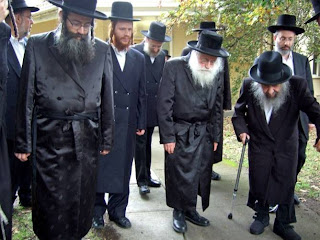 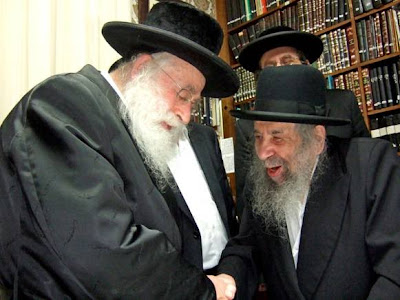 THE ROSH YESHIVA VISITS THE RAV
The many former local talmidim of the Lucerne Yeshiva have for the past 8 days had the great privilege and pleasure of hosting their great Rosh Yeshiva, Rav Yitzchok Dov Kopelman שליט''א (as well as one of his leading talmidim, the world renowned Marbitz Torah and Mashpia, Rav Yisroel Dovid Schlesinger שליט''א of Monsey, New York).
The 105 year-old Rosh Yeshiva עמו''ש had insisted on making the trek to see and inspire his many talmidim who live on the other side of the world. Such a long trip would be no small accomplishment even for one a quarter of a century younger than him. And ב''ה we were זוכה to see and hear him exactly as we did when studying in his Yeshiva 20, 30 and even 40 years ago. השי''ת יאריך ימיו ושנותיו בבריות גופא ונהורא מעליא 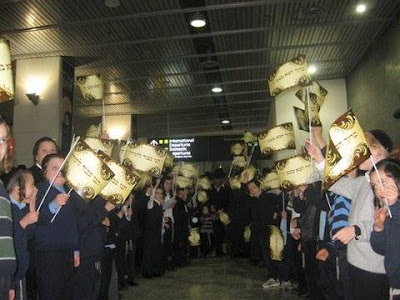 From the moment the Rosh Yeshiva arrived at the airport – where he was welcomed by over hundreds of people, headed by Rav Beck שליט''א and until his departure, he was surrounded by huge crowds of young and old listening to his many droshos (said whilst standing) and Divrei Torah as well as seeking his advice and blessing. On Tuesday, the RY was Sandek at the bris of young Shlomo Zalman, son of Rabbi E. Saftlas (performed by Melbourne’s newest Mohel, Reb Moshe Benedikt). 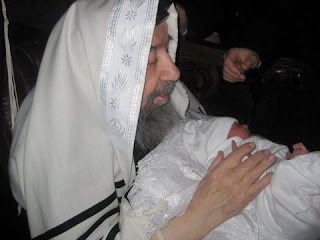 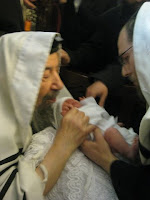 The 2 major public droshos of the RY were Monday evening in the Adass Shul and the following evening in Kollel Beth Hatalmud. Both were heavily publicised resulting in the venues being packed to the rafters with listeners young and old. Everyone felt stirred and enthused by the outstanding divrei hisorerus and chizuk by Rav Schlesinger and moved by the amazing drosho of the RY which seemed to seep into every listeners נשמה. (CDs are available for those who missed this once in a lifetime opportunity - or for those who wish to hear the speeches again and again.) 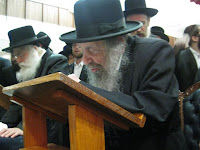 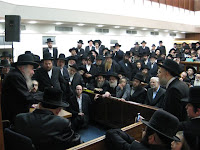 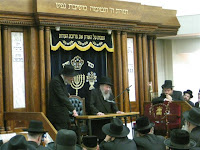 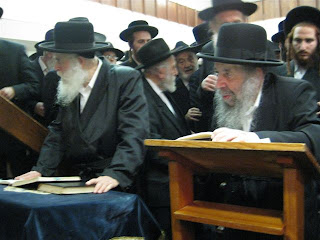 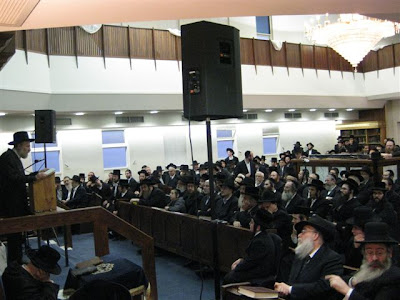 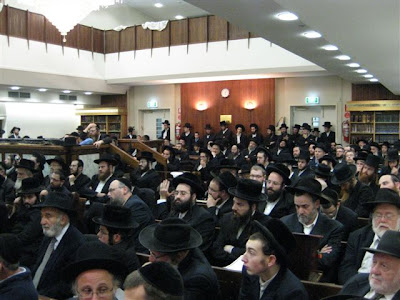 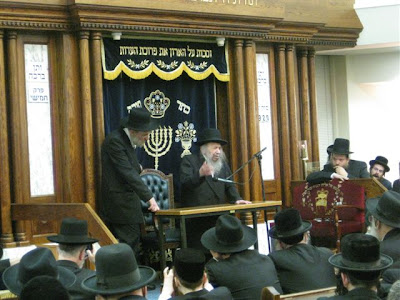 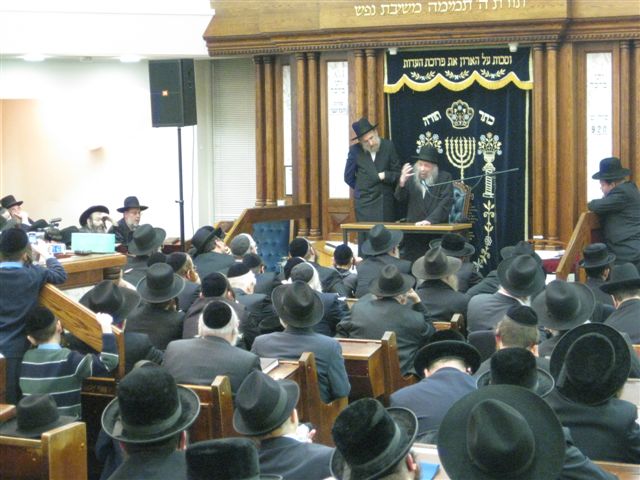 It was impossible not to have been  touched to the depths of one's heart,watching and hearing a universally recogised גדול בישראל, a rebbe to thousands of talmidim for over 4 generations, speaking, crying and singing together with the huge tzibbur who savoured every precious minute. 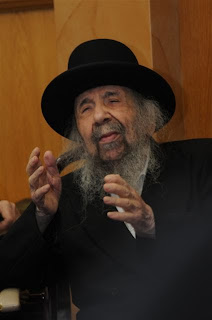 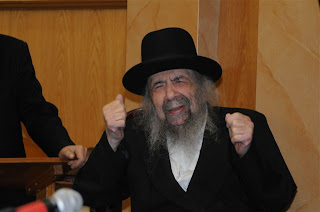 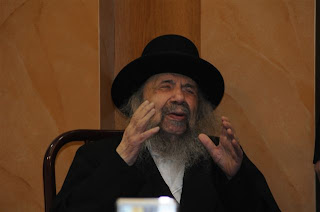 What was surprising or rather disappointing, was to notice, that besides the rabbonim and members of Adass and Beth Hatalmud (and satellite shteebels) the lack of representation from other Shuls. Of course, Rabbi Telsner (an oft and well-respected guest in Adass) was there, as were a few more ‘outsiders’. But where were all the rabbis of the community? Chabad and non-Chabad? Where were the lay leaders? The COSV, the RCV, the Yeshiva Gedola and Kollel Menachem? One would expect that a speech delivered by respected and scholarly 105-year old, even if not one of the Gedolei Yisroel, (even if not a Jew!), would attract the interest of any reasonable person. In fact, one should have seen the interest and respect of non-Jews at Tullamarine airport, jostling for a position to get a glimpse of “the 105-year-old rabbi”. But Melbourne’s rabbonim – not interested!

I am stunned and shocked at the lack of interest and basic דרך ארץ by these people.
בזיון התורה and בזיון תלמיד חכם is no small offence. But when perpetuated by Rabbonim themselves –especially those who expect respect from others – is simply bizarre.

Wouldn’t this have been an occasion where they should have come along bringing their children? To give them the opportunity and privilege to see a talmid of the Gedolim of yesteryear, and a famous Rosh Yeshiva that was born prior to the First World War! An internationally revered personality from the era of zeidy’s zeidy?

Sorry for the rant, but in my eyes this shows very bad form from Melbourne’s spiritual leadership.   והוא רחום יכפר.
at 2:52 AM