'Disgraceful' and 'appalling' are probably the accurate terms to use when describing the Jewish News report on the death and funeral of Rabbi Mordechain Eliyahu zt”l, former Rishon LeTzion and Sefardi chief rabbi of Israel.

All this, in their view, was worth a few short lines copied from the Jerusalem Post and pasted on  page 19 (!!!).

This sad excuse for ‘journalism’ only reinforces the view of virtually the entire observant Jewish community of Australia, that the AJN treats them and their issues with complete contempt and disrespect. Is it any wonder that more and more members of that segment of our community no longer waste their money or time on the newspaper?

It's not as if Rabbi Eliyahu was a "Charedi", chas vechalilah. He was a leading figure in the "Religious Zionist" (aka "Mizrachi") camp. Shouldn't this qualify his passing as being worthy of more than a few lines on page 19?

And even if not, the fact that over 100,000 people attended in funeral should be newsworthy in itself. How often does that happen - even in the non-Jerwish world?

Meanwhile the Hamodia published by the RZ's 'rival' the Charedim, gave the passing a full-page article presenting a a most respectful obituary as well as a concise biography of the rabbi. 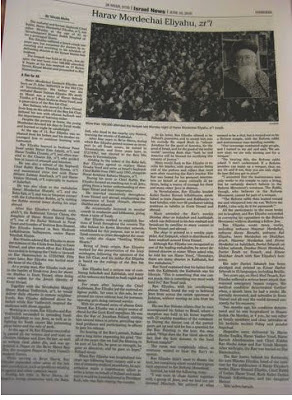 The article includes the following beautiful story (which no doubt would never be published in the AJN): 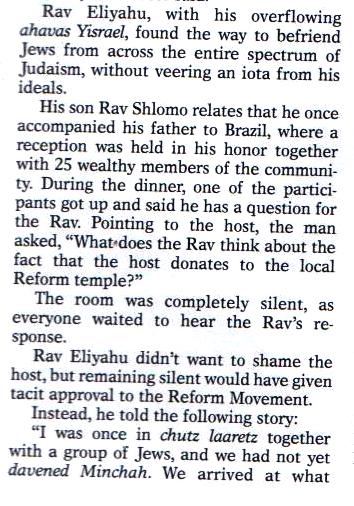 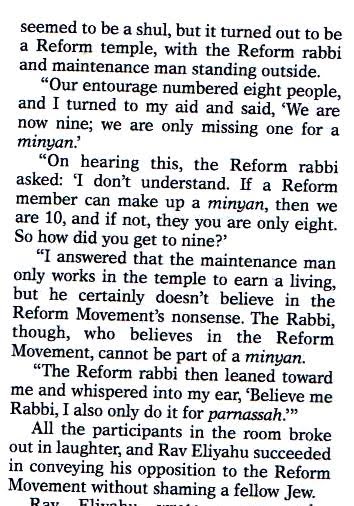