Emanuel: You don't have to be Jewish... 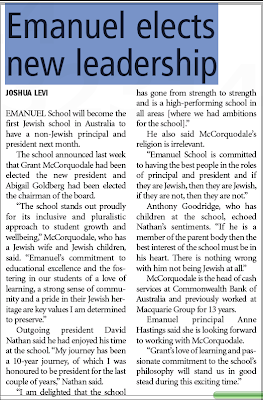 We are not quite sure why the AJN seems to be making such a fuss about the fact that a non-Jew - intermarried to a Jewish woman - has been appointed president of the Emanuel school. After all, the same mob even have a long-serving rabbi-ette who is non-Jewish. So what's the big deal? 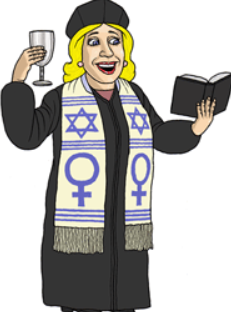 ﻿
So let's recap. Emanuel has a non-Jewish clergywoman, a non-Jewish principal and a non-Jewish school president.﻿
Quote: "...McCorquodale’s religion is irrelevant.  “Emanuel School is committed to having the best people in the roles of principal and president and if they are Jewish, then they are Jewish, if they are not, then they are not.” ...
We look forward to a future Emanuel president and principal (and why not rabbi?) who is a Hindu or Muslim. Now THAT would show how truly egalitarian, unrestricted and classless our Reformers are!
But seriously, can anyone explain why not save the millions of dollars that schnorred annually to keep this (non-)Jewish school afloat, when they could just as easily enrol their kids in a classy local C. of E. school and offer an hour or two of the Emanuelese watered-down version of "Judaism"?
Go figure.