The Rebbe says: "You need a rebbe" 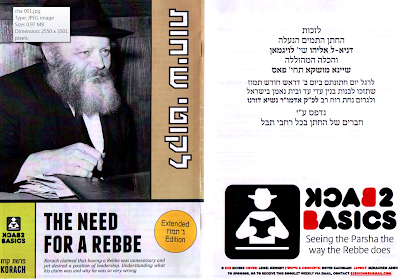 This past Shabbos, amongst the half-a-dozen Chabad publications found in Shuls was this one - a relatively new project trying to teach Chabadniks some basic Yiddish, by translating the rebbe's Sichos in a (grade 3-4 level) user-friendly form. As someone who speaks, loves and reads Yiddish, I applaud them for this most belated undertaking - after decades of almost 'criminal' neglect for the language of the Chabad (and all other) rebbes.


But what amazed me was the front cover of this "Extended (I think they meant 'expanded") ג' תמוז Edition" where in large font we are told about "THE NEED FOR A REBBE". 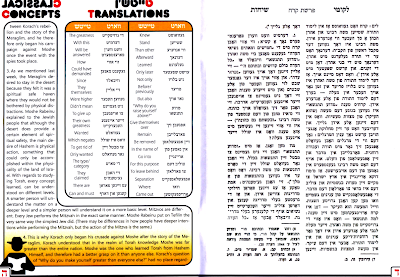 Are the publishers hinting something here? Is there something happening in the Chabad world to seriously consider the possibility of appointing a new rebbe? Every single one of my Chabad friends dismisses such a possibility, but then most of them are not too high up in the organisation to really know about such matters. But if such a move is  completely out of the question, how does that jell with the rebbe's view that there is a need for a rebbe?


I know for a fact the your blog is very well read amongst Chabadniks in Sydney and Melbourne as well as overseas. So maybe one of them could advise us if my speculation has any merit.


And thank you AJN WATCH for a most interesting and relevant website (despite the fact that I may sometimes disagree with your viewpoint).
at 2:21 AM