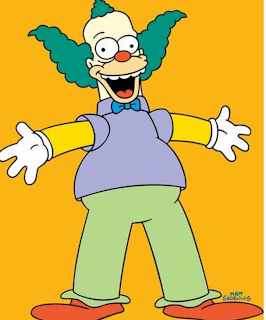 "Krusty the Clown" - another  beneficiary of Israel's Ministry for Culture and Sport? 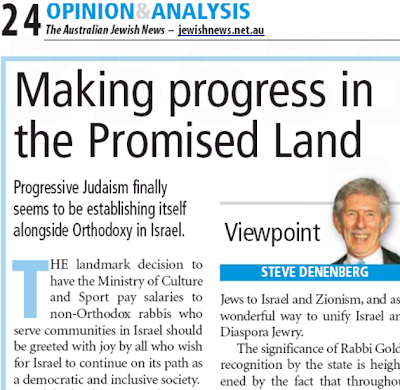 It is telling that the single 'redeeming feature' (if that's what it can be called) of this news was that the salary to be paid will not be forthcoming from the Ministry of Religion budget but rather from the Sports and Culture Ministry. AJNWatch presumes that this is the government department that allocates funds to theatres and actors, circuses and clowns. In a way this seems quite apt when considering the acting out and farce of Judaism that those clergy-performers do within and without their religion's temples.

AJNWatch has yet to notice any Reform commentator mentioning this underhanded insult to their leaders. 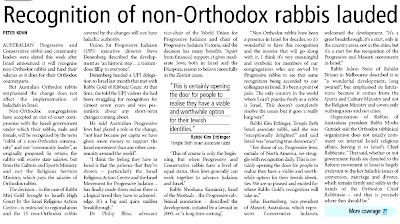 Meanwhile our local rabbinate responds with the (more or less) as expected feeble statement to this outrageous stab in the heart of traditional Torah Judaism.  (See here.)

What is it with our respected rabbis? Is there really nothing that is holy and dear to them to be worthy enough to issue a firm and unyielding condemnation upon this shameful travesty? Had this happened a decade or two ago there would've been loud protests and no shortage of condemnations. But these days the only time we hear strong statements from rabbis are when it comes to Rabbi Meir Rabi and his Kashrut supervision organisation. Everything else is hushed up and swept under the rabbinical carpets.

The explanation usually whispered is that they fear upsetting some congregants should they be seen as criticising anything done by the Israeli government. Of course that is total nonsense as rabbis are expected to fight for and defend our religion. And doing so, their members will respect them for being open, honest and fearless.
Have they forgotten the Torah's command לא תגורו בפני איש?

And in the case of Rabbi Moshe Gutnick, who to the best of our knowledge no longer occupies a pulpit - and isn't known to be a shrinking violet, what's his excuse? He certainly has no membership to fear. Why couldn't he say something more substantial then what we read in the article?  His wise and eloquent father, the late Rabbi Chaim always showed the way on how to put forward the Torah viewpoint loudly and fearlessly - even if unpopular with certain segments of the community. It's a shame, really.

Looks like it'll again be up to the conscience of rabbinical Australia, Rabbi Chaim Ingram to again go into battle in defence of the Torah.

Meanwhile a reader who states that he is a Chabad Chassid is most upset about the way the Australian rabbinate - the majority of whom are Chabad - have forgotten the unyielding campaigns led by the late Rebbe against the Reform movement.

He sent us a link to a website from where we bring the following words of the Rebbe: (There is much more there for those interested.) 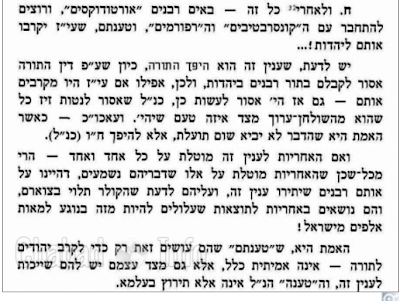