Another useless organisation bites the dust 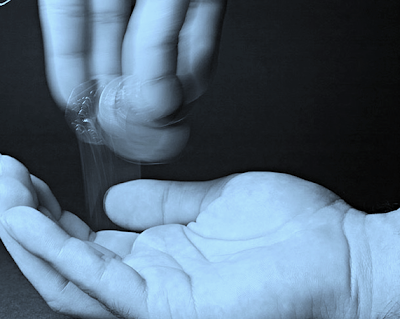 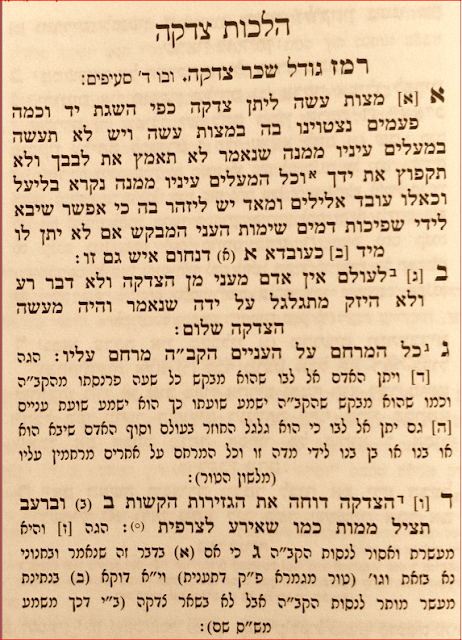 By Nosson Tittein - the Meshulach's friend
Without the publicity, pomp and ceremony that Jewish News readers were subjected to at its launch, Melbourne's 'meshulach vetting inspectorate', with the truly insulting name "Chesed Foundation" has given up the ghost.

We say 'insulting' name, because it was everything BUT Chesed. Nebechdigeh meshulochim who detested the unpleasant time-wasting chore of applying, proving themselves worthy and qualifying for this almost-useless certificate, often had to go back a number of times before being 'zocheh' to a scrap of paper attesting that they were 'genuine' aniyim.

As any meshulach will tell you, B''H, nearly all of Melbourne's baalei tzedaka were disinterested in the 'recommendation' of this "Foundation" and brushed aside the certificate if presented. Additionally, those Rabbonim in town - who have any feeling for the mitzvah of tzedaka - were totally against it. They wanted no part in creating an extra burden for Yidden who have more than enough tzaros and issues already.

The probing and interrogating was especially painful and humiliating for people who until recently were themselves hardworking, self-supporting and 'baalebatish". Due usually to circumstancses beyond their control they find themselves in a situation of having to ask for help. To submit and force such people to grovel and plead their case before some self-appointed verifying 'gvir' who probes into their personal woes, was very often humiliating and degrading.

After the AJN published Shimon Allen's comments regarding the need to vet collectors, a meshulach responded with a letter to the editor where he clearly shows all that was wrong with the concept. 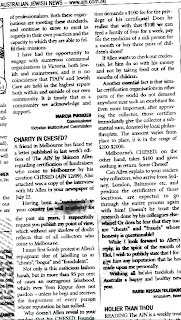 CLICK TO ENLARGE
I have no idea why S Allen and Co have decided to close down this operation. Was it because they too finally grasped that it wasn't mentchlich to add shame and pain to unfortunate and pitiable persons? Or have they come to the realisation that of the hundreds of donors in Melbourne less than a dozen people requested to see this certificate? And as the meshulochim will tell you, only one or two of those ever gave a substantial donation. The others, would give nothing if there was no certificate and almost nothing with it!

Actually, the only chesed that the "Chesed Foundation" did was for people who want no part in the Mitzvah of tzedaka. It gave them an easy way of opting out.

As for the original claim that it was going to filter out 'swindlers', that proved to be a joke. The few doubtful types that come here, ALWAYS carried certificate. (It may be that Mr Allen did refuse a suspected 'crook' or two. But that never stopped them from collecting anyway.)

PS: Interestingly, unless my computer is playing up, it appears that the Chesed Foundation have swiftly pulled their website. Pity about that as I was going to again check out who the approving rabbis were. (If anyone has anything on their files please forward tome - NT c/o ajnwatch@gmail.com)
at 2:11 AM