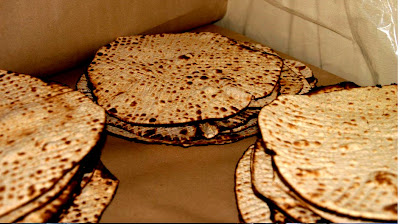 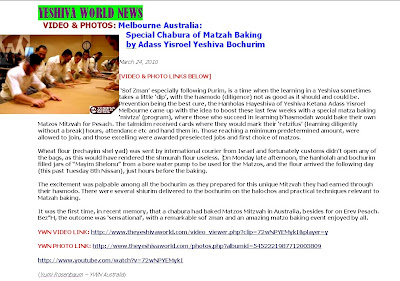 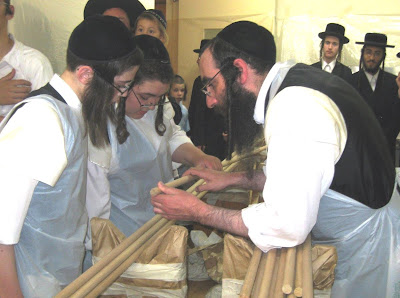 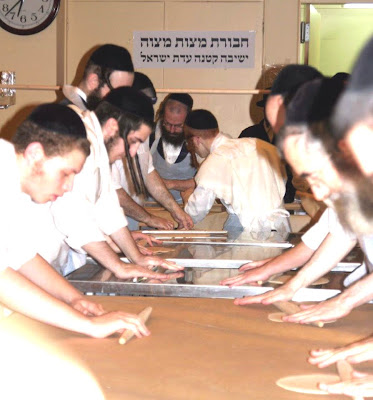 Speaking with some of the older members of the community, I have learned that in the immediate post-war years, hand-baking of matzos was done by both the Adass and the Chabad communities.(Does anyone know if this was also happening in Carlton pre- and/or post-war?) Some old-timers recall attending several Adass hand-baking sessions at "Marks (machine) Matzos bakery" which was located where Solomons Butchers stands today. At different times, Adass baked at Koppel's bakery in Carnegie and Ostroburski’s Balaclava Bakery in Carlisle Street and maybe elsewhere. 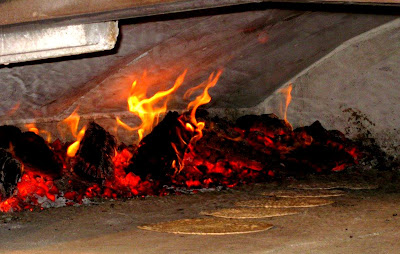 While I couldn’t find anyone to confirm this, it's obvious that Yeshiva also baked at some time. They had (have?) a baking oven - which in recent times was used by the Adass chaburas on Erev Pesach - until they  their own Matzo oven was built at the back of their hall. 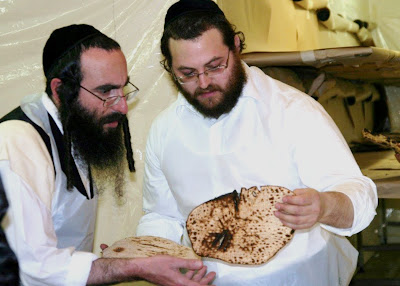 My informants tell me that Adass has baked "Erev Pesach Matzos" continuously - since the first Hungarian/Chassidish arrivals- immediately after the war. "Mitzva Matzos” - as Erev Pesach Matzos is known, is considered of great importance in many communities and it is somewhat surprising that this tradition has been abandoned by the non-Adass communities.
Here is some of an article appearing on the Chabad Campus website explaining the significance of these matzos.
Matzot Mitzvah - Baking Matza on the Day Before Pesach   By Eliyahu Kitov

Out of special love for the commandments, there are those who bake special Matzot on the day before Passover, even though they have already prepared sufficient Matzot for use on Passover and were careful to do so with concern for every detail of the laws.

These special Matzot are referred to as Matzot mitzvah, the three Matzot that will be used for the Seder. These Matzot are baked after the sixth hour of the day [some say after six and a half hours]. (See link for more.) 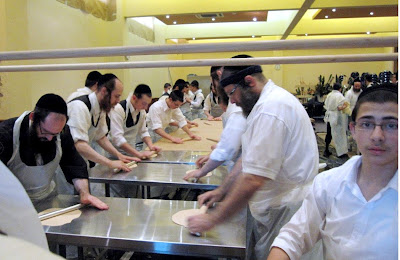 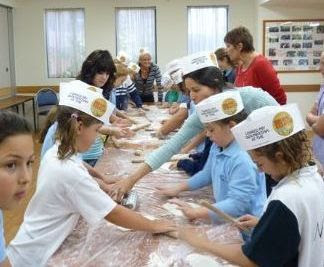 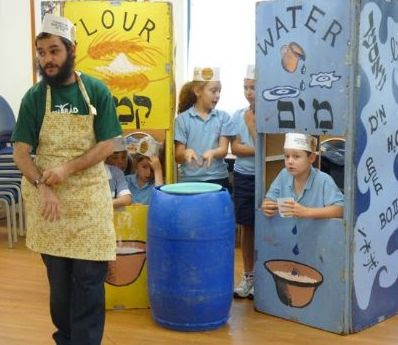 Meanwhile both Sydney and Melbourne Chabad have travelling Matza bakeries to show youngsters how Matza is baked. (The above 2 pictures are from Chabad Malvern. The other photographs are by YWN's Australian reporter Y Rosenbaum.)
That is truly a great thing, but “karmi sheli lo notorti”. Wouldn't it be great to reintroduce Erev Pesach Matzos for Anash? Doing so would ensure that kids will realise that Matza baking is something for adults too...Sydney Chabad Model matza Bakery - some nice pictures here

Therefore it is extremely pleasing to read that Adass are already ensuring the next generation of experienced matza-bakers by encouraging their youngsters to get involved with all facets of preparing their own Kosher LePesach Matzos and giving them their own time to partake in this great Mitzvah. 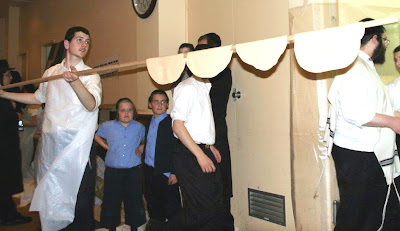