More Chanukah stuff that the Chashmonaim never dreamed of... 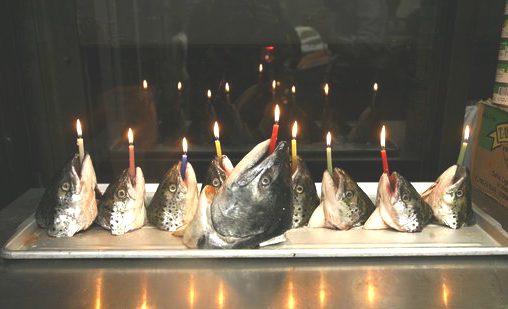 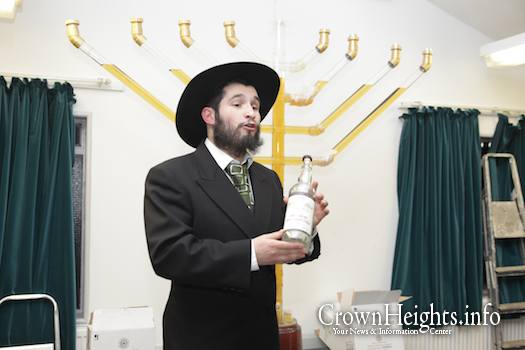 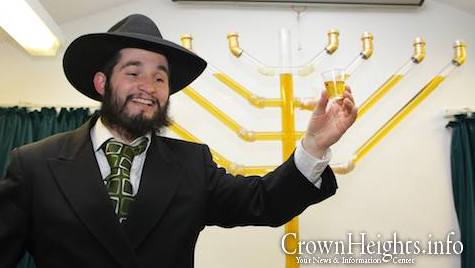 The story behind this one.

Published: December 16 2009 By Yaacov Behrman for Lubavitch.com
Two hundred people showed up at Buckhurst Hill Chabad to watch the lightning of a 7 foot menorah built out of clear piping filled with 65 Litres of Single Malt Scotch.

Rabbi Odom Brandman, director of the Buckhurst Hill Chabad Centre ,together with his community have previously built a six-foot chocolate menorah and a menorah out of food cans. But this year, they were looking for something unique.

The menorah was built by Desmond Solomon but they needed good Scotch. So on a recent trip to Scotland, Rabbi Brandman offered a number of distilleries the opportunity to partner with the building of the menorah.

The Tullibardine Distillery, in the famous Scottish Highlands, donated the Single Malt Scotch to fill the menorah. The Scotch arrived in a large drum and was poured straight into the Menorah. The Menorah was designed with a tap on the main stem and L’chaim’s were “on the house” for the night.

“It was an amazing event” said Rabbi Brandman. “The Whisky itself is really nice. It's smooth, mellow and has a slightly fruity flavor”. 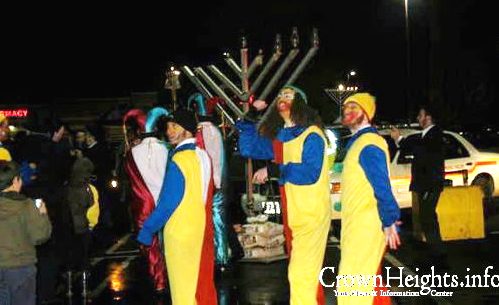 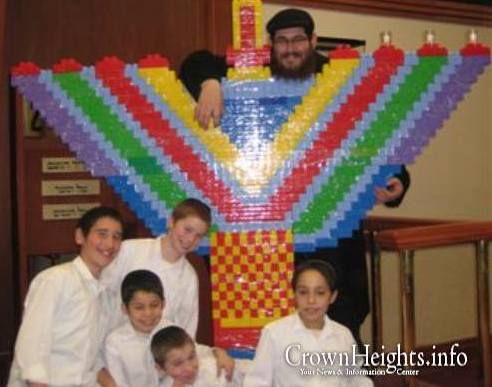 Lego on Chanukah? More suitable for Pesach...as in "Lego of my people..."