Did the Yevonim triumph the Maccabees after all?

Why the obsession of Chabad Houses with inviting AFL footballers to help celebrate our Chanukah celebrations?
First it was Caulfield Chabad House advertising Chanukah in the Park featuring footballers and now Chabad of Malvern have decided to ape them. 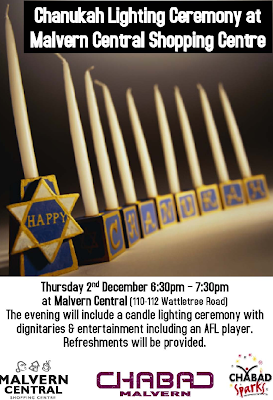 Don’t the organisers know anything about the festival? Haven’t they been taught that Chanukah is a celebration of the battle victories of Mattisyohu and his sons over the Greeks who were trying to force their culture upon us? Didn't they learn that unlike Haman, the Yevonim were not out to physically harm the Jews. Their intention was purely להשכיחם תורתך ולהעבירם מחוקי רצונך – to turn Klall Yisroel away from the path of the Torah and lead them towards their lifestyle - a society where (amongst other things) sporting events were glorified and idolised. (Admittedly, here in Australia such events and participants are similarly treated, but Boruch Hashem there is no demand or compulsion for us to be part of it.

So why are we handing the Yevonim and Misyavnim of today a victory on a platter? This is EXACTLY THE OPPOSITE of what the rebbe wanted and expected from his followers.

So my dear friends, the organisers, have a good long think about this. There is still time to cancel those invitations and replace football stars with something more in the true spirit of Chanukah.

[Thank you AJNWatch for giving me the opportunity to air my views.]


* * * * *
PS: It is quite possible that due to my exposure to the many Holocaust survivors in my family I an somewhat oversensitive, but that yellow Mogen Dovid in the advertisement above brought on unpleasant comparisons with the the Nazi imposed yellow "Jude" star that our grandparents were forced to wear in the ghettoes. 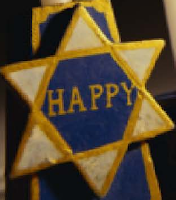 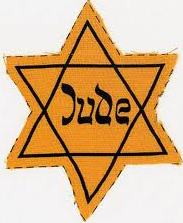