Bnei Akiva on the brink?

What about the Melbourne and Sydney branches? 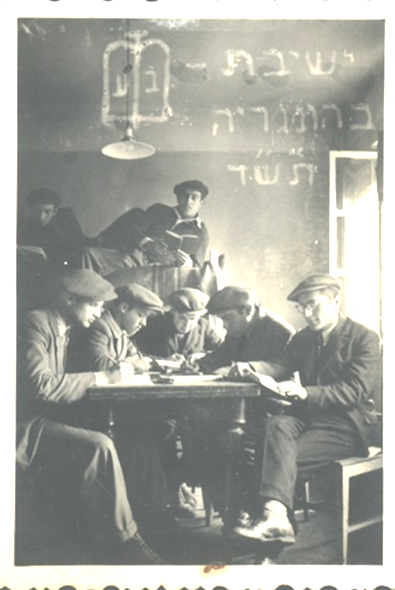 The World Bnei Akiva movement appears to be on the brink of collapse: Religious Zionism's huge enterprise is operating at a deficit of tens of millions of shekels, half of the movement's staff in Jerusalem has been fired, and educational activity departments have been shut down.

The movement is facing a cash flow problem due to cutbacks in the Jewish Agency, World Zionist Organization and Education Ministry. It did not receive NIS 700,000 (about $200,000) which should have been transferred from the Education Ministry and more than $1 million from the Jewish Agency, and was forced to find an alternative for the money from communal funding. But the movement's donors, mostly in the United States, have been affected by the global financial crisis.

"Our situation has worsened, threatening the performance of the enterprise which has been accompanying the State's activity throughout the years," says Knesset Member Zevulun Orlev (Habayit Hayehudi), co-president of the World Mizrahi Movement. "There was a time when the WZO and JA carried most of the burden of the Zionist youth movements, but since they're facing difficulties too, the movement is in a bad situation."

Orlev's biggest fear is that the movement's activity will suffer significantly. "Our offices abroad will be affected by the lack of budget and their existence will be questioned. The summer activities will be reduced. I call on the government to come to its senses immediately."

The movement's current secretary-general, Zeev Schwartz, will leave office ahead of the Jewish New Year. Due to the situation, the activity in Israel has been reduced and the number of emissaries abroad has been cut. At least half of the employees have been dismissed. Key departments such as training and PR have been shut down until the movement balances its budget.

Bnei Akiva is an educational enterprise which has trained many generations: 20,000 active trainees across the world, 100,000 people who have immigrated to Israel following the movement's activity, and 200 active emissaries in 70 main cities across the world.

The movement's representatives on the ground talk about a "total collapse". A movement employee told the Kipa website that "the situation has never been worse. The remaining employees are working around the clock to bridge the gaps created following the resource and manpower cutbacks".According to the worker, "The movement will have to minimize its activities. It's a shame that one of the only movements working for Religious Zionism must end its historic role this way."

A senior Bnei Akiva official told Yedioth Ahronoth in response, "It's true that there's a cash flow problem and that we need four million shekels immediately, but Bnei Akiva is a strong movement and is not on the brink of collapse. That's a malicious thing to say. The end of the secretary-general's term led to the recent reports, some of which are irresponsible."

Some comments posted on that site:

1. Bnai Akiva's gone haridi
Maybe now they will cut back on the Haridi tendencies of the last few years. The separation of boys from girls, the emphasis on fanatical religion, instead of pluralistic religious values.

If the end of the funding will bring an end to their Tel Aviv youth center, in which undisciplined screaming and shrieking frequently goes on several times a week until 3-4 a.m., we, the long-suffering neighbours will be crying no tears for Bnei Akiva's demise. 4 million shekels can be better used towards providing more desperately needed hospitals.

3. Yeshivot Bmei Akiva
the shake up at Yeshivat HaKotel dealt a permanent financial blow years ago. Now Bnei Akiva is getting what it deserves

It has done wonderful outreach work among Jewish youth in the diaspora and was a part of the Israeli social landscape as long as I can remember. However, as the previous talkbacker notes, there has been a strong Haredification in recent years which has caused many modern orthodox young people to look elsewhere for their social life. Personally I attribute this to the very marked increase in Haredi trained teachers in the Mamlachti Dati school system, which has also become sex-segregated from Kita Alef in many towns, and places heavy and often inappropriate emphasis on "modesty" as interpreted by the minority ultra-orthodox stream. I believe that the above is also contributing to the current desertion of religious practice by young adults today who have been taught outward forms instead of spiritual and cultural truths.

5. The state can t let them fall.
The best youth Israel has, comes from this organisation.

Anybody that falls into the hands of the haridi collapses.These pests are only there to thieve legally and have no intensions to further the aims of the Bnei Akiva principles.Hope the whole activity falls and then maybe people will realise the corruption of the HARIDI

7. Cause was too many ex BAniks sticking their hands in the pot

It was wonderful to know how many ex hanicha made aliyah, but what was disturbing was that instead of finding a proper job they ended up working for the organisation in Israel instead. They were given jobs that enabled them to return home to the UK on the pretence of a meeting when a phone call or Skype would surfice. They were given jobs as department managers in title but in reality were no more than clerks - grand titles for simple jobs. Thats where the money went - it is not like the days of yesteryear running on a shoestring so as to build up the State and being prepared to inovate instead of spend as if there was no limit. They failed because of constantly taking from the pot, especially those from the UK.

8. I am sure that Bibi will find money for them!

No doubt he will take something that was earmarked for hospital equipment or children in distress because of family violence, so he can enure their vote in the next election which might not be that far off! Netanyahu will find money for anything that will serve his political career and his ego. However, we must also recognize that Bnei Akiva is strongly Zionist and supports serving in the IDF.

David , Karmiel, Israel (08.10.11)
9. As a former Bnei Akiva Rosh Snif I say "Good!"
This movement, which I was once proud to serve, has become an extreme Rightist disgrace. I hope they collapse!