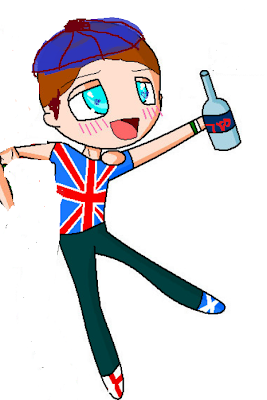 To the Editor of Ajnwatch.


I am one of your loyal fans who lives in London. Despite the  mainly local content on the blog, I really enjoy it, its style, great photographs and cartoons.


I especially shep nachas when you give the local Jewish (belaaz) rag 'in pippik arein'.


To the best of my knowledge we don't have anything like it here in the UK. (Probably because those who could and should be doing such work, aren't enamoured by the whole internet thing. While I understand them, I feel that there is a necessity for the "Veda mashiv shetoshiv le'apikores" - something which your blog does VERY well.


Keep up the great work! 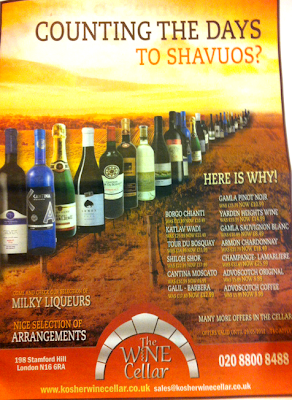 I was not the only person here who was upset that the publishers allowed this advertisement which disrespectfully downgrades the holy Yom Tov of Kabolas Hatorah and Maamad Har Sinai to a 'festival' for 'boozing'.


"Counting the days to Shavuos" with wine and liquour! What next?


Now, had it been in the Jewish Chronicle, which has about as much feeling for Yiddishkeit as your Jewish News, 'hechrashti'. But to see this in our most frum of publications - 'es passt nisht'.

It seems that our London Correspondent was not the only one to be upset at the inclusion of the above advertisement in the JT. The following issue of that weekly carried this apology from the publishers: 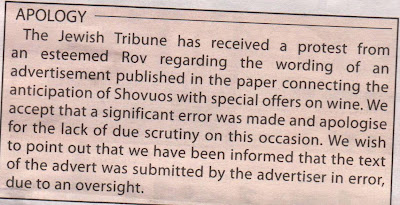