Message to Solomon Lew: Give the average Aussie a go.

Is there any way to describe Solly’s letter in the AJN other than pure spin and chutzpah? 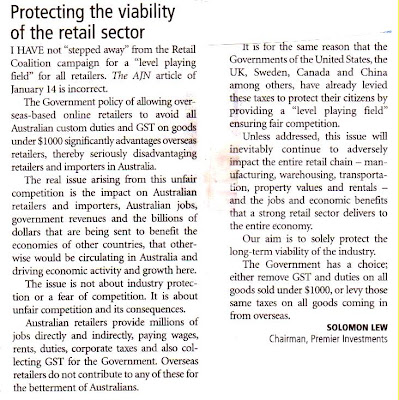 Observing him and his partners in the “Retail Coalition” trying to impose GST on imported goods valued under $1000 is an unsightly and greedy attack on Australian families who have found a way to save substantial amounts on by purchasing products available from on-line businesses.

What Lew doesn’t realise is that while being GST-free is helpful, the main reason we are buying over the web is because prices are far, far lower than Solly and his friends are charging us in their stores. In fact the GST component often doesn’t even cover the shipping costs involved. What really makes us go online are the actual prices of the goods purchased – often 30-40% below the local cost. 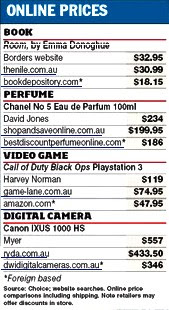 Your crocodile tears about the threat to Australian jobs should have been shed when big retailers were devastating most of the small shops and shopping strips all over the country.

And do you think that we have forgotten how you and the others who do nearly all their buying overseas have totally ruined the Australian clothing and footwear manufacturing industries. How much concern was there about those Aussie jobs?

One would’ve thought that after Gerry Harvey backed out of this crusade your Yiddishe kop would also have also realised that you and your companies aren’t gaining any friends by continuing this campaign.

And it seems that even Dr Seuss has issues with Sol: 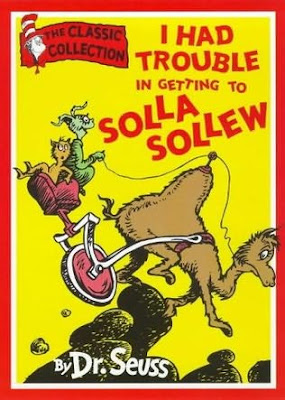 and there's even a Hebrew version... 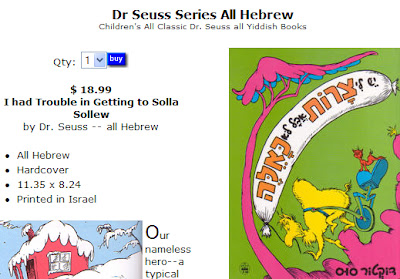 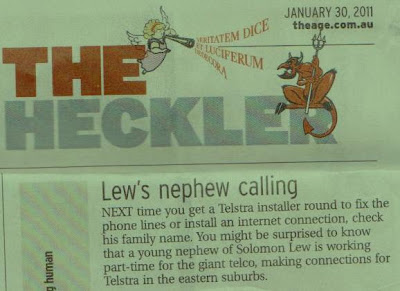 We wonder what this nephew thinks about Uncle Sol's idea to charge GST for on-line purchases?
at 3:06 AM